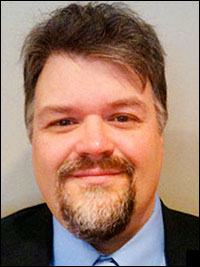 Formerly the Associate Director of the Ivy League, Hoover transitioned from college athletics to the field of education in 2008 and now serves as an Education Pioneers Fellow for New Haven Promise, where he oversees digital strategies and data systems. Hoover has been deeply involved in event logistics, including serving as editor of the Promise annual. Under his watch, New Haven Promise has the largest and most engaged social media following among the nation’s programs.

In late 2014, Hoover oversaw the Cities of Promise initiative in an effort to provide resources, news and support for Promise cities as well as those aspiring to join them. Hoover also recently participated in the Strategic Data Project Institute for Leadership in Analytics, a Harvard University program which trains education professionals to leverage data to inform decision making and improve student achievement.

Hoover has also served as the Chief Digital Officer for the Armory Foundation in New York City and became a master official at the Penn Relays in Philadelphia, an honor bestowed on those who have served the event for 25 years. In 2012, Hoover was awarded the Adam Jacobs Award for excellence in online journalism by the Track & Field Writers of America.

“Brett is by far one of the most passionate people I have met,” said Chanel Lattimer, a Philadelphia attorney who worked for Hoover as a Princeton undergraduate. “He has a heart for youth, sports, and the underprivileged. He is not just a researcher and thinker but a doer. During the time that I worked for Brett and as long as I have known him, he continues to pursue excellence in all that he does.” 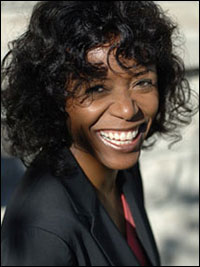 As a social entrepreneur and trailblazer, Melton — the Executive Director of New Haven Promise — has increased educational access for communities across a variety of sectors including colleges, traditional public, public charter and independent schools.

In her two years, New Haven Promise, a place-based scholarship and support program, has seen increases in excess of 40 percent in both applications and awards while the rate of Promise-funded minority males has soared 140 percent. She has implemented several new initiatives, including Passport to Promise, the Promise Ambassadors Program – a peer mentoring initiative – and the Promising Leaders Program, a leadership and career development pilot created with Yale’s School of Management. New Haven Promise’s social media engagement has increased 12-fold, with a 19-fold jump in Facebook presence alone, giving New Haven Promise the biggest social imprint of any U.S. Promise program. In 2014, Melton brought PromiseNet to the East Coast for the first time and the event drew attendees from more than 100 organizations from 20 states.

Perhaps her most challenging assignment before leading New Haven Promise came as the Chief Academic Officer for the third largest district in Indiana, the Evansville Vanderburgh School Corporation. The year after she implemented new strategies — using a distributed leadership model — that district met the standards of the No Child Left Behind Adequate Yearly Progress for the first time.

A native of Cleveland, Ohio, she was the first in her family to attend and graduate from college, earning her B.A. from Yale University. That was followed by a M.Ed. (with a focus in business) from Arizona State University, where she was an inaugural member of the federally funded Leadership for Educational Entrepreneurs Fellowship Program. Melton is completing her doctoral program and dissertation at the University of Pennsylvania.

A former U.S. Olympic Trials finalist and All American in track and field, Melton was honored with a career achievement award by the National Collegiate Athletic Association (NCAA) with a 2007 Silver Anniversary Award that recognizes former student-athletes who have distinguished themselves in their professional field since completing their college athletic careers. In 2013 she was the first African-American female to earn Yale’s George H.W. Bush Award, the most prestigious honor given by her alma mater’s Department of Athletics.

Melton’s college coach Mark Young, who presented her with the NCAA honor in 2007, said, ”I had a teammate (Kwaku Ohene-Frempong) who won this award and he is the nation’s leading researcher in finding a cure for sickle-cell anemia. Patricia’s story isn’t like that, but she simply overcame every obstacle that got in her way and now works to help kids do the same. She is a great, great story.”