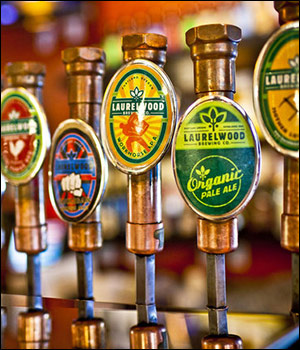 While Oregon has been blue for the last seven Presidential elections, the state has become increasingly progressive with Portland leading the way. In recent years, Oregon has become among the first states to legalize gay marriage, physician-assisted suicide and recreational marijuana. And, of course, are the variety of brewpubs.

It could be said that Oregon was progressive from an early time. When Lewis and Clark arrived at the mouth of the Columbia River, they set up on its North side, but experienced horrible conditions. On Nov. 24, 1805, the party voted to move the camp to the South side of the Columbia and both Sacagawea and Clark’s slave York were permitted to vote, perhaps the first time a woman and a slave were so included.

They constructed Fort Clatsop with the American flag flying above the fort. They had experienced the wide array of diverse geography, from the coastline to the volanic range, from dense evergreen forest to the rainy west coast, from arid shrublands to prairies and meadows.