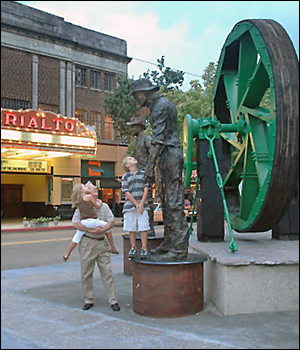 El Dorado — called “Arkansas’ Original Boomtown” for its role in the 1920s oil rush — is the headquarters for the Arkansas Oil & Gas Commission, the Murphy Oil Corporation, Deltic Timber Corporation and the Lion Oil Refinery. While maintaining its southern charm, the city has developed from these origins and is now a major hub for performing arts. El Dorado’s many festivals include the Mayhaw Festival and MusicFest and the city offers local dining and retail experiences as well as big business, which keep the city prosperous. El Dorado was voted as having “America’s Best Downtown” in 2009.