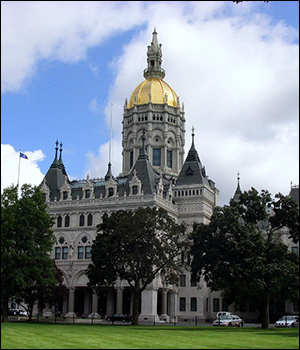 “Of all the beautiful towns it has been my fortune to see this is the chief.” As Mark Twain so beautifully wrote, Hartford is the birthplace of the American dream, tracing its history as far back as our nation itself.  It has a history of economic strength, nicknamed the “Insurance Capital of the World.” Many insurance companies are headquartered here, and insurance remains the region’s major industry.  Hartford hosts many companies that are regularly listed in the Fortune 100 such as United Technologies Corporation, Aetna and the Hartford Financial Services Group. Hartford is also a center for medical care, research, and education, housing several world-class institutions such as Trinity College. According to CityLab, between 2009 and 2013, full-time workers in Greater Hartford aged 18 to 34 earned a median income of more than $42,000 — higher than young workers in New York, Seattle or Chicago. “The disparity appears negligible in certain cases,” reported CityLab. “Young New Yorkers earned a mere $300 less than their Hartford counterparts, for example. But it’s when you factor in the cost of living that Hartford starts looking remarkably attractive.”