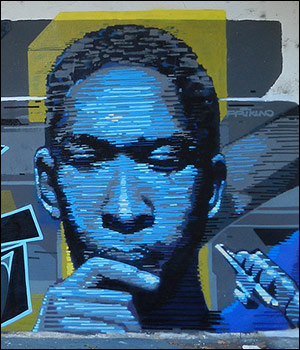 The focus in the small town of Hamlet has long involved the train. It was once known as the “Hub of the Seaboard” and its train station remains its most iconic landmark.

But worldwide acclaim for the town has come from the ‘Trane. Hamlet — which is within a few miles of the South Carolina border — is the birthplace of jazz pioneer John Coltrane, whose influence spans both genres and musicians and has continued to grow following his early death. In 1997 he was awarded the Grammy Lifetime Achievement Award.

Coltrane was not just a frontman. He also appeared on many albums by other musicians, including trumpeter Miles Davis and pianist Thelonious Monk.

How important is Coltrane to music history? His former home in Philadelphia has been designated as a National Historic Landmark and another on Long Island has been added to the National Register of Historic Places.

In a remarkable coincidence, Coltrane was one of two national figures born in Hamlet in a three-month span in 1926. The other was journalist Tom Wicker, who was a political reporter for the New York Times, the author of A Time to Die: The Attica Prison Revolt and an opponent of Richard Nixon.