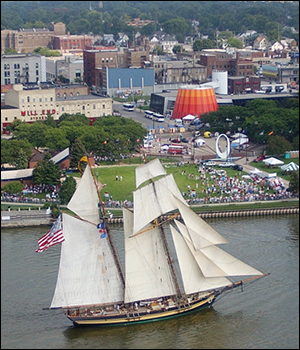 Bay City, located on the Saginaw River near Lake Huron, is a cultural and historical center. Bay City contains numerous recreational attractions and historical buildings such as the Center Avenue Historic District, which has former lumber barons’ mansions. Allegedly the home to the lumberjack whom legend Paul Bunyan was based on, Bay City is sure to stand just as tall in the future. Bay City is also the birthplace of world mega-star Madonna. While she did once call it a “smelly little town in northern Michigan” in an interview with Jane Pauley, she followed that comment by talking about her “great affection” for the city, which was the focus of her song, “This Used To Be My Playground.”