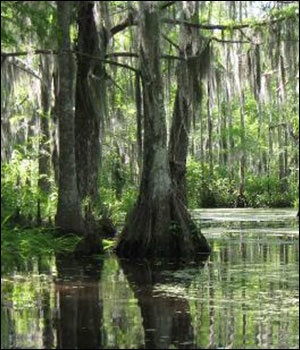 Home to a multicultural and multilingual heritage, Louisiana is a mix of French, Spanish, Native American and African cultures. Nowhere is that amalgamation more evident than in New Orleans, the state’s most populous city. With a combination of unique cuisine and free-spirited fun, the French Quarter in New Orleans generates huge tourism dollars for the city and state. It is also the home of endless intrigue and mystery. As one might expect, a sizable segment of Louisiana’s exports revolve around consumables that attract many tourists. About 90 percent of the world’s supply of crawfish come from Louisiana as does world-famous Tabasco sauce. In 2005, New Orleans was devastated by Hurricane Katrina, but in the aftermath a new system of education took root. The city is now made up entirely of public charter schools and the indicators and outcomes of academic success have greatly improved.