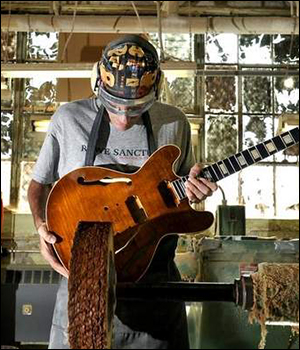 Kalamazoo — situated at the midpoint between Chicago and Detroit — has been at the cutting edge on several fronts throughout the last century. It has been known as the Celery City and the Paper City for its agricultural and paper-mill industries and is now home to a thriving pharmaceutical business whose epicenter lies at the Upjohn Company, now part of the Pfizer Corporation. The three postsecondary schools in Kalamazoo, spearheaded by Western Michigan University, have also helped the city, the birthplace of the Gibson guitar, continue to build off its rich creative roots.