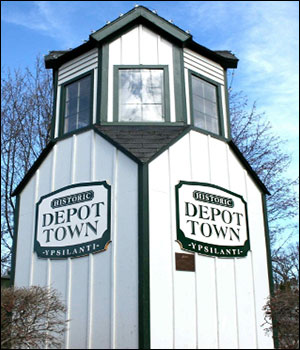 Located just six miles outside of Ann Arbor, Ypsilanti — Wikipedia reports — has been called by someone “the Brooklyn to Ann Arbor’s Manhattan.” The suggestion is that many in the creative class have looked to “Ypsi” because of its affordability, turning it into “Hipslanti” instead of “Ypsitucky.” But no matter what it is called, like Ann Arbor, it is a college town — home to Eastern Michigan University and its 20,000 students. The city’s claim to fame is rooted in the university as in 1960, a guy named Tom Monaghan founded DomiNick’s Pizza less than a block from campus. Now, with more than 10,000 corporate and franchised stores in 70 countries, Domino’s is the largest pizza chain in the world. City residents are now hoping to strike gold again, this time as they look to raise $250 million to endow the Ypsilanti Promise, which would send students to Eastern or Washtenaw Community College in town. Karen Gabrys, the chair of the exploratory committee, presented the plan at a school board meeting in September. The hope in Ypsi is that the community fully joins the Promise movement in the next two or three years.