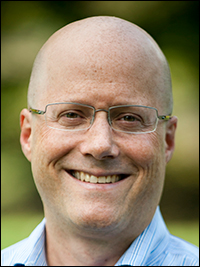 Since December 2012, Sklover has served as the Director of Advocacy and Education for Stamford Achieves, a non-profit established in 2004 to serve as an advocate and catalyst for closing the achievement gap in Stamford by supporting and promoting high quality educational experiences for every child so that all children will succeed.

He is also the Co-Founder of Earn and Learn CT, a group mentoring and incentive program established in 2009 and is a former member of the City of Stamford’s Board of Representatives (BOR) serving as chair of the Education Committee and member of the Fiscal, State & Commerce and Charter Review Committees. While serving as Education Committee Chair, he lead the establishment of the BOR’s Student Advisory Council (SAC), which seeks to empower the Stamford Public School (SPS) student body by granting representatives an opportunity to express their thoughts and opinions so as to favorably impact the current and future academic and social experiences of SPS students.

A proud father of two Stamford Public School students, Sklover also serves as a member of a School Governance Council and the High School Call to Action Committee.