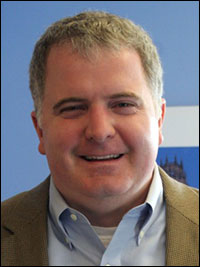 The dean of undergraduate admissions at Yale University, Quinlan is tasked with crafting each new Yale class from an applicant pool that has swelled to more than 30,000 and among his initiatives is the increase in the socioeconomic diversity of the University. His first class, the current freshmen, included nearly 40 percent students of color and 14 percent of students who are the first in their families to enter college.

After completing his degree, Quinlan returned to New Haven — this time to serve as the deputy dean of undergraduate admissions. In that role, he worked on important strategic decisions, personnel matters and office policy while leading the development of Yale’s approach to the recruitment and selection of students interested in science and engineering.

In the spring of 2011, Quinlan took on the additional responsibility of serving as the inaugural dean of admissions and financial aid for Yale-NUS College, the University’s new campus in Singapore, before being tapped as the dean of undergraduate admissions last year.