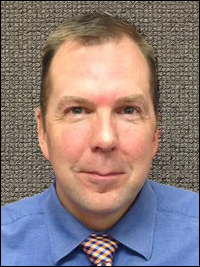 Tucker — who was unanimously selected as the Superintendent of El Dorado Schools this summer — has had a wide range of experiences in eight years in the district.

He was the principal at both Retta Brown Elementary and El Dorado High School before taking over as Deputy Superintendent in 2013. He was principal when the new high school opened in 2011. City residents had long rejected a tax increase to build the new school, but after the El Dorado Promise was announced, a levy increase passed in 2009 for the $43 million project. As a result, school enrollment increased (after decades of decrease) and the city experienced a 20-percent jump in students enrolling in college.

Tucker holds a bachelor’s degree from Southern Arkansas University in Magnolia, Ark., and a master’s degree in education administration from Texas A&M University.