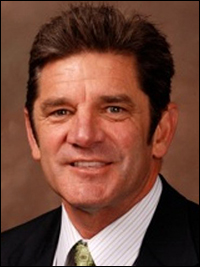 Like the students he supports as the Superintendent of the San Marcos Unified School District in Southern California, Dr. Holt is a proud graduate of the public school system. Discovering his passion for education at an early age, he began his employment with the public school system at age 18, working as an instructional aide at an elementary school.

Knowing he wanted to be a teacher, Dr. Holt enrolled at CSU Long Beach to earn his bachelor’s degree and teaching credential. Now he holds a masters degree in Education Administration from CSU Los Angeles and a doctorate in Educational Leadership from UC San Diego.

In San Marcos he not only has overseen the district’s 19 schools, he played a critical role in the establishment of the PACE Promise, a partnership between his district and CSU San Marcos with funding from the Leichtag Foundation. Since 2009, the Promse has provided financial and academic support to more than 300 students.