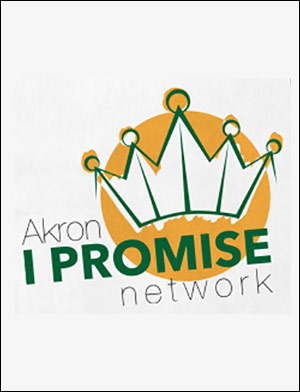 The LeBron James Family Foundation and the University of Akron — through the Foundation’s I Promise program — could be putting as many as 2,300 Akron kids through college in a partnership announced in August 2015.

University President Scott Scarborough made the announcement to a huge group celebrating at Cedar Point Amusement Park in Sandusky, saying, “If you are one of LeBron’s kids … we want to tell you you have a college scholarship waiting for you at the University of Akron when you graduate from high school. What do you dream to be? Do you dream to be a teacher? A scientist? An engineer or a doctor? This college scholarship is your way to make that happen, and all because that man [nodding to James] believes in you,”

At a news conference, James said that the young people growing up in low-incomes Akron households “don’t really grow up thinking beyond high school.” He added that they “need to see a finish line.”

James has committed millions of dollars for the program, but will also be the face of the fundraising. Scarborough said that the University is also, regardless of fundraising levels, going to see that tuition and general fees for the first recipients — who will be graduating from high school in 2021 — will be covered.

There are more than 1,000 students currently enrolled in James’ I-Promise network and an estimated 1,200 more will be added over the next four years. Everyone expects a renewable partnership will go well beyond that. The standards for eligibility are being determined, but grade-point average and attendance will certainly be a part.

The LeBron James Family Foundation has also created “I Promise Too,” which has teamed up with Summit County’s Project Learn to help parents of students in I Promise earn their GEDs by providing tablets and covering costs of the GED exam.