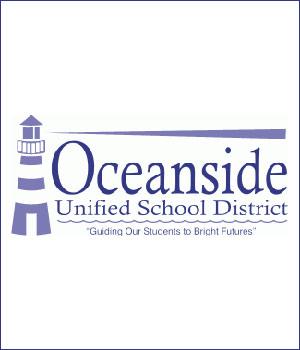 The Oceanside Promise Foundation — the cornerstone of a broader program aimed at offering social services to nudge kids along through school — has named an executive director and looks to provide scholarships to attend college.

The brainchild of Oceanside Unifield Superintendent Duane Coleman, who within his first year on the job with the school district pushed for approval of Oceanside Promise’s nonprofit charter assembled a board, the organization will “keep an arm’s length” from the Foundation because of district policy.

So the Foundation recently tabbed Keith Padgett — a long-time advocate for disadvantaged youth in the San Diego area — to direct the vision.

The specifics of the program, including the start date, are not yet known and the initiative will include far more than college readiness, access and support. Retired teacher and principal Raye Clendening had told the San Diego Union-Tribune previously that social services would be a component of the program.

Yet creating those college pathway is the pet project of Coleman, who has visited the Long Beach College Promise and the San Marcos Promise. In fact, he wants his district to partner with Cal State University San Marcos and Mira Costa College, a two-year community college in Oceanside.

“I was raised here, and this is where I want to retire,” said Coleman. “I believe the Oceanside Promise is a 20- to 35-year endeavor. Will I live to see it? I don’t know, but we can begin to build a foundation.”