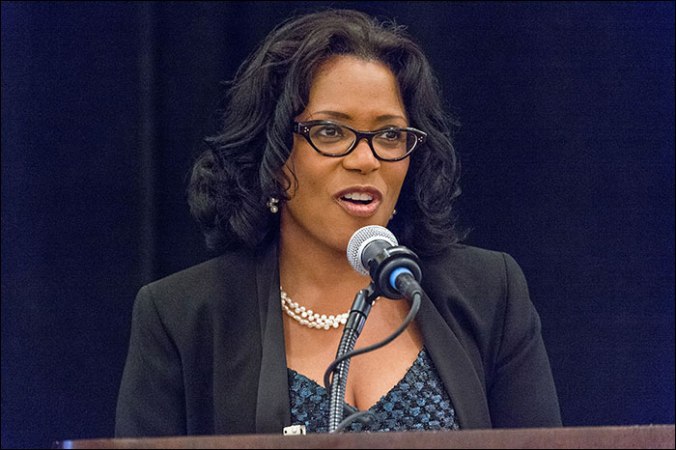 New Haven Promise Executive Director Patricia Melton will be participating in the White House’s College Opportunity Day of Action on Thursday with more than 300 university presidents and other leaders launching new initiatives to open university doors to more students.

“I am thrilled to get this opportunity, through our amazing partnership with Yale University and on behalf of New Haven Promise, to participate in this White House Summit and to learn and share new initiatives that came from the first Day of Action back in January,” said Melton. “When President Salovey reported that Promise received a shout out at the first Summit, it created excitement in our Promise community. Now we close out the year with a first-hand visit.”

Among the participants from the administration will be President Barack Obama, First Lady Michelle Obama, Vice President Joe Biden, Department of Education Secretary Arne Duncan, Department of Housing and Urban Development Secretary Julian Castro and Director of the White House Domestic Policy Council Cecilia Munoz. President Obama has been focused on college affordability during his presidency and the College Opportunity Day of Action will provide focus and innovation on his goals.

Also attending from the Promise movement will be Tennessee Governor Bill Haslam, who the Knoxville News Sentinel reports “is expected to detail his Tennessee Promise initiative, which will provide two years of free community college for high school graduates starting next fall with the high school class of 2015.” Western Michigan University President John Dunn — whose University benefits greatly from the Kalamazoo Promise — will also participate.

If you know others involved in the Promise movement who will be in attendance, let Cities of Promise know!

Update from the South: The News Advance is reporting that Laura Hamilton, the program director for the Beacon of Hope scholarship program in Lynchburg, Va., will also be attending the College Opportunity Day of Action.