College affordability and tuition hikes are front and center in the Golden State right now. State officials believe they’ve uncovered a ‘silver bullet’ solution for low-income students while a funding skirmish over the state’s university system threatens to overburden others.

Just after the school year began in September, the state legislature enacted two bills intended to provide additional college financial aid relief to low-income students. Now, with just a week left for residents to take advantage of the tax incentive program, its looking like the Cal Grant B Access Awards will be bigger than ever.

The program provides living allowances as well as tuition and fee assistance — through a combination of entitlement and competitive awards — to nearly 200,000 current students. Officials predict the new tax incentive could mean that the $1,600 per student stipend could double or triple in the next few years. 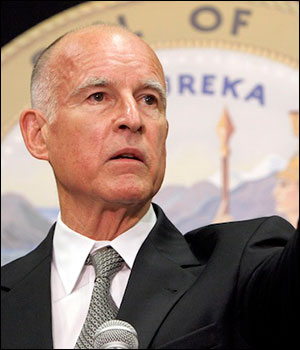 In October Kathleen Pender of the San Francisco Chronicle warned that the program may prove “too good to be true” for the California taxpayer. In the story, one tax analyst said the IRS could challenge the concept if it sensed people were not ‘out-of-pocket’ for the charitable contributions. Further scrutiny would be expected if several states were to adopt this type of program.

Meanwhile there is an ongoing tuition fight between California Governor Jerry Brown and Janet Napolitano, the president of the University of California system whose recent push for a 5% per year tuition increase for five years was successful. A member of the Board of Regents suggested that Napolitano’s tactics of embarrassing the Governor were likely ill-advised and wonder if she was “brilliant or very naive.”

George Skelton of the L.A. Times suggested that Napolitano’s treatment of the students is “hostage taking” and that Gov. Brown could resort to a “nuclear option” of a complete restructuring of the system’s funding.