As we enter the final days of 2014, we look back at a significant year in the Promise movement as new Cities of Promise have emerged with innovative ways to fund scholarships and support students. Here’s a look back at some of the things that happened in the last 12 months: 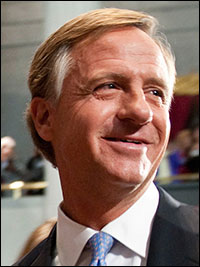 • Tennessee went Promise mad as a huge percentage of the state’s high school seniors signed up for the Tennessee Promise, which Gov. Bill Haslam proposed and guided into law. The Promise will use proceeds from the state lottery to provide residents with free tuition at community colleges and colleges of applied technology beginning in the fall of 2015.

• The Seattle Promise — a bold new initiative from the Seattle Central Foundation — was established to provide a full scholarship to every student at Seattle Central College who demonstrates financial need, enrolls full time and maintains a 3.0 grade-point average. By eliminating financial need as a barrier to paying tuition, the Seattle Promise will allow low-income Seattle students of all ages — not just recent high school graduates — to pursue a higher education.

• Billionaire Leon Cooperman — who founded the asset-management business at Goldman — established the Cooperman College Scholarship program for students in New Jersey’s Essex County, home to the City of Newark. The program will support academically talented, highly motivated students with financial need in their efforts to attain a four-year college degree. More than scholarship, programming will include mentoring and other resources to ease the transition to college.

• The College Bound Scholarship program — which has funded 1,300 students since 2006 — needed a new source of funding after its original gaming revenue agreement expired. The result makes Hammond, Ind., the first city in the nation to invest public dollars in raising the level, importance and performance of its student population and — in the process — secure the community’s bright future. In May an ordinance was signed extending the program for 12 years using money received from water rates through a contract with Illinois. Hammond residents do not pay anything into this program.

• Officials in Richmond, Calif., announced a $35-million, 10-year program to guarantee that every public school student who graduates from a city high school will receive full tuition to attend college. The program — spearheaded by city councilman Jael Myrick — is part of a $90 million package of community grants from Chevron Corporation in an agreement on the terms of a $1 billion upgrade to its Richmond oil refinery.

• New Haven Promise, which hosted PromiseNet, also introduced a new program intended to provide first-year scholars, most being first-generation students, with a social network upon — and even before arrival — on to campus. New Haven Promise employed its first Ambassadors — existing scholars on four pilot campuses — to help students in the tricky transition from high school to college. Promise Executive Director Patricia Melton was invited to the White House in December to launch new commitments, one of which calls for the expansion of the Ambassador program.

• In June, Kalamazoo Promise and the Michigan Colleges Alliance announced a partnership which would fund city students at several of Michigan’s private colleges. All 15 schools agreed to set tuition for Promise students at an amount equivalent to the average in-state tuition, an agreement that was two years in the making. “I’m shocked the whole thing came together, but I’m pleased beyond words,” said Adrian College President Jeffrey Docking, the president of the Michigan Colleges Alliance. 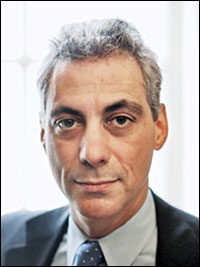 • Another city in Illinois — Galesburg — launched a new Promise program to be paid by a two-percent increase of the city’s hotel tax. The Promise — which will allow students from Galesburg High to attend Carl Sandburg College — received some blowback, but Sandburg President Lori Sundberg said, “Without question, Galesburg is not as vibrant economically as it was before the loss of several of our manufacturers. However, we can’t change the past. All we can change now is our future.”

• Behind the leadership of mayoral candidate David Catania, the city council of Washington, D.C., adopted legislation for the D.C. Promise, which will offer high school graduates up to $7,500 per year to help pay for higher education. Yet unfunded, the next steps are a bit murky as Catania lost the mayoral election and won’t return to the city council next term. In addition, D.C. congresswoman Eleanor Holmes Norton has warned that a city-funded initiative could endanger the federal initiative — D.C. Tuition Assistance Program — which benefits city students.

• The Cuesta Promise — a scholarship program for all San Luis Obispo County high school graduates — was implemented in the fall. Qualified students can attend Cuesta College fee-free for their first year (consecutive fall and spring semesters), but the Promise Scholarship is available only to those who attend the fall semester immediately following their completion of high school. The only items not covered by this unique program — funded by $8 million from the Charles and Leeta Dovica Family Trust — are books and other items required by instructors.

Can’t wait to see what 2015 brings! Here’s a look at the full Promise timeline.